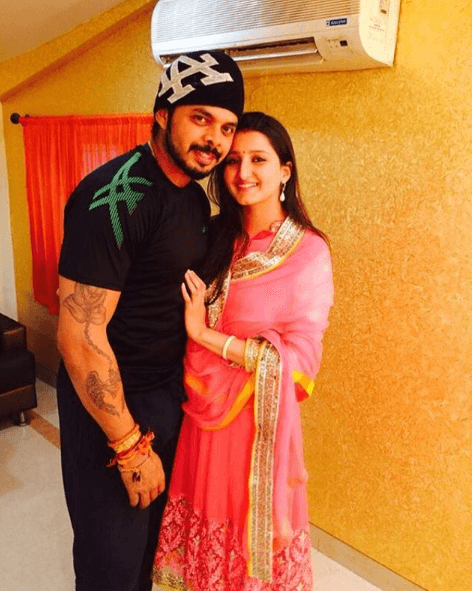 Bigg Boss 12 Runner up Sreesanth, has revealed that he has been approached by Nach Baliye to participate with his wife, Bhuvaneshwari. Nach Baliye has come back to the silver screen after the gap of 2 years, and many celebrities have been in consultation for participation like Drashi Dhami with Neeraj Khemka, Anita Hassanandani with Rohit Reddy, Prince Narula with Yuvika Chaudhary. When Sreesanth inquired about his involvement in Nach Baliye, he said “Yes, they have approached, but we have not yet decided. Still figuring it out. Let’s see.”

Sreesanth has gained an enormous amount of popularity in Bigg Boss 12; He has to revert his bad image in public to a good one. His fans are incredibly excited regarding his participation in Nach Baliye with Bhuvaeshwari. Sreesanth wife has been substantial support for him at the time when no one even bothered to contact him, and Sreesanth regarded highest for her.

Sreesanth, who has been banned for a lifetime after he has been alleged for spot-fixing in IPL By BCCI, but recently Supreme Court has given him a breath of fresh air As Supreme court has ordered BCCI to find a new way of punishment for Sreesanth other than his lifetime ban on playing.