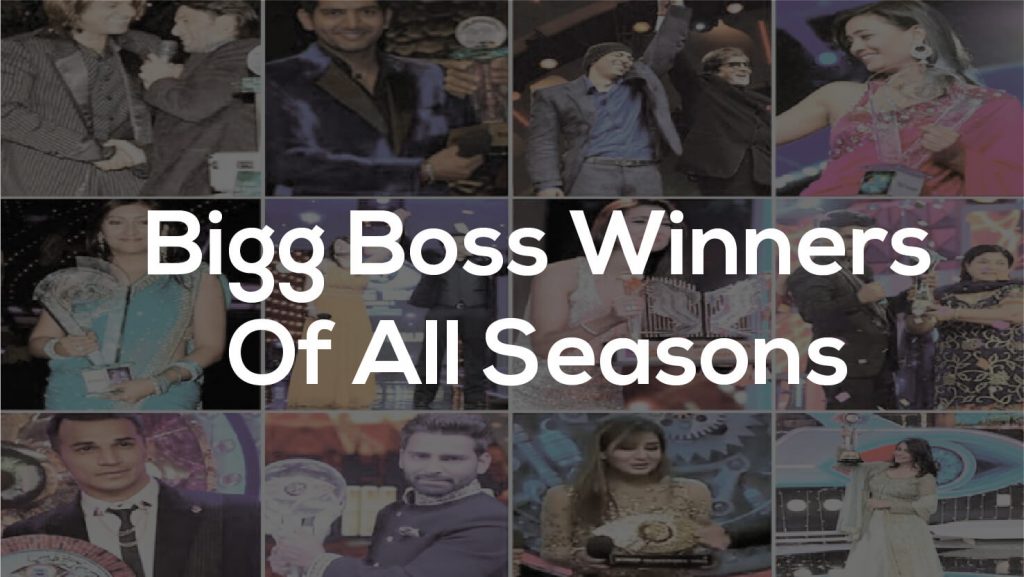 Superhit Bigg Boss 14 is going to be air on 3rd October 2020. There are many rumors and glimpses are everywhere as every show has some exciting thrills and new strategies. This seasoned cast will be finalized in its first episode by Salman Khan and all the qualified celebrities are locked inside the house for 105 days. And every week Monday to Friday it will be on air at 10:30 PM but on weekend it will be at 9:00 PM with Salman khan. So, expecting contestants for this season are Jasmin Bhasin, Pavitra Punia, Eijaz Khan, singers Jaan Kumar Sanu and Rahul Vaidya, Punjabi model-actors Sara Gurpal, Shehzad Deol, Nikki Tamboli she is a South Indian actress, and Rubina Dilaik-Abhinav Shukla a real-time couple is also going to participate.

This is about this season but let’s have a look at what are previous winners of Big Boss Doing these days.

Rahul Roy is the first winner of this show in 2006. He works in many films but his films are failed at the box-office. But right now, we can see his activities on his social media accounts such as Facebook and Instagram. These days he is the Brand endorsement and also busy in events.

Ashutosh Kaushik is the winner of the 2007 Big Boss. He was found by Diana Haydon throughout the season. After this, he went back to his hometown and support his family. These days he is running his YouTube channel and conducting interviews and chit chat. While lockdown he was also in the news when he tied the knot.

He starts his career at a very young age and won the Big Boss in 2008. He is a film actor and his most famous movies are Garv, Maine Pyaar Kyun Kiya, Partner, Kisse Pyaar Karoon, Kambakkht Ishq, Housefull, and more. He was last seen on Nach Baliye 9 while her wife was along with him.

She was participated in the 2009 season and won the title. It was such an exciting season as the first time there is a wedding on-air on National Television. She is participating in a TV Show Mere Dad Ki Dulhan. She was unluckily Coronavirus positive.

She is the winner of Big Boss 5 and a very interesting personality she has. It was the first time that this show had two hosts. She is a single mother and doing vlogging and soon she will appear in Zee TV Hamari Wali Good News as the mother-in-law.

She was a very cool personality and won season 6 of this show. Now last time she was in Nach Baliye 9 with her boyfriend Anuj Sachdev.

She is such a popular personality in Big Boss 7.she had a good time and she also shares her story about this reality show. She is a vlogger and entrepreneur and she also come back in Big Boss 14 as a guest.

He is the strongest contestant of the show and having a huge fan following. Salman Khan’s Radhe is his upcoming project and he also acts in movies such as Azhar, Behan Hogi Teri, Virgin Bhanupriya.

He is the king of this reality show. He was joining the show when he was acting with Badho Bahu it was his debut. He gets married in 2018 with Yuvika and he also won Nach Baliye 9.

He was won the title of Big Boss 10 and its very first time when commoners may join the show. He played very well and impressively. But what he is doing these days there is no such information.

She is very popular and the whole season gets fame because of her. She is having a fearless attitude. She is doing acting these days and very soon we will see her new films as she just comes back.

She is a very bold and brave contestant she gives big competition to Sreesanth. She got married to Shoaib Ibrahim who is an actor. Now, these days she starts to share her day-to-day activities by vlogging during the lockdown.

He is the winner of Big Boss 13, as he gives big competition to other contestants. He appears in two music videos recently and he will also join Big Boss 14 as a guest with the other two participants Gauahar Khan and Hina Khan.