Bigg Boss 12 Winner Dipika Kakar was born on 6 August 1986 in Pune, Maharashtra, India. She had always been fascinating in Dancing and Acting. She was born in Hindu Family, But Then she got converted to Islam to marry Shoaib Ibrahim. She had passed her school exams through CBSE and had done her graduation from the University Of Mumbai. Dipika Kakar Instagram and Dipika Kakar Twitter profile links are also attached, and you can visit them by clicking on links.

Dipika Kakar had a keen interest in dancing and acting from an early age. She was always wanted to be an actress. As she has an attractive personality, she inducted as an Air hostess in Jet Airways where she had worked for three years. But, then due to health complications she had left the job Of Air Hostess. Then she had come towards entertainment industry where she had done her debut in Neer Bhare Tere Naina Devi in 2010. Later she had also featured in Agle Janam Mohe Bitiya Hi Kijiyo as Rekha.

Read Also: How To Properly Do Bigg Boss Vote

After that, She had done a tv soap named Sasural Simar Ka and had done the role of Simar Bhardwaj which has aired for seven consecutive years. In 2015, She had appeared in Jhalak Dikhla Jaa 8 a Dance Reality Show, and In 2017 She participated in Star Plus Nach Baliye 8 with her husband Shoaib Ibrahim and after that she straight went to join in Entertainment Ki Raat Tv Show. But then in 2018 She went to Bigg Boss 12 and came out as the Bigg Boss 12 Winner.

The controversy erupted after the news comes out of Dipika Kakar conversion to the Islamic faith to marry with Shoaib Ibrahim. But they have both managed that situation very well, and Dipika Kakar retained her original Name with adding Shoaib at the end. 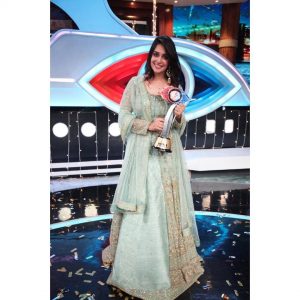 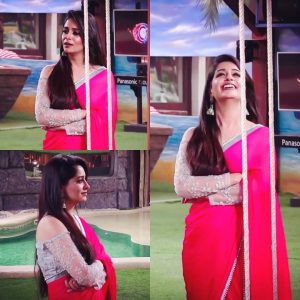