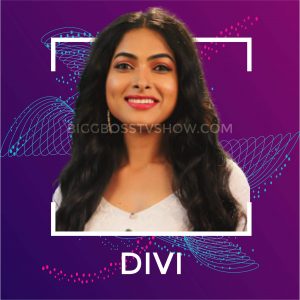 Divi born in a well educated family. Her father is a businessman. Her mother is a doctor and elder brother is also a doctor. She often said that she was appreciated by her family. If we talk about her religion, she belongs to a Hindu religion and strongly believed on it. Her family is known as a reputed family of hindu society. She never described anything about her love or boyfriend on social media or in any interview.

She got her earlier education from Jubilee Hills Public School, Hyderabad and then done MBA from Hyerabad University. After that she joined the industry for Modeling.

She always takes interest in Art and Molding and involves in modeling project since her childhood. She took a lot molding assignments and known for her beautiful face. With Passage of time, she has become a successful Model. She did many ramp walks for many local fashion brands as well as participated in many beauty events. She worked in a Movie which has been made cause of her fame. The movie name is ‘Maharshi’ and it’s a telegu movie along with pooja hedge and Mahesh babu. People appreciated her acting skills and offered more work.

She looked superb in her other movie ‘Scence No 72’ .This movie has been proved another reason of her fame. Divi was also appeared in some cover songs but could not premiere due to global Corona Pandemic in 2020. Now, she has also selected as a contestant in a reality tv show named as Bigg Boss Telegu 4.

Unlike other Actresses, she did not expose her personal relationship on media but she is often shows her beautiful pictures on instragram and other social platform. She loves to cook food for her own self. She is non-vegetarian. Her family especially her brother always supported her in her career.

She often makes food for herself

Although she is non Vegetarian but she make vegetarian dishes also.

She was brilliant student in her academic life

She took participant in many extracurricular activates in her school life.