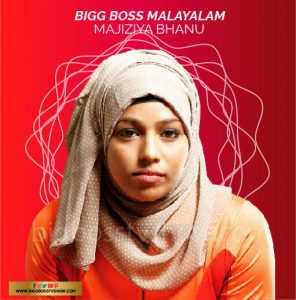 Majiziya Bhanu owns the strength of character of the state. Now that Bigg Boss is in its third season, Majiziya is sure that she will not just come back without winning

Majiziya, the daughter of Vadakara Orkatteri Abdul Majeed and Razia, is determined to make her mark on the international stage. Majiziya, who turned to powerlifting out of a desire to learn boxing, never had to look back.

But it did not take long to move from silver to gold, Majiziya wins gold at 2018 World Powerlifting World Cup Majiziya flew from Moscow to win the World Deadlift World Cup and the Gold Lifter Award

Majiziya, the 2019 world champion, meanwhile finished sixth at the 2018 World Pancha Wrestling Championships. Majiziya can now be seen in Bigg Boss 3 with the same strength that shone on the world stage wearing a hijab.