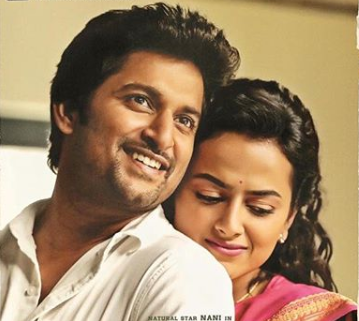 Bigg Boss Telugu 2 Host Nani has shared his views about the shredding of weight during Jersey Movie. Jersey which is a cricketer life-based movie, how a 36 years old guy done hard work and represents his team. Nani who has been in an entertainment sector since 2008, he has done many films like Ninnu Kori, Majnu, Ashta Chamma, Devadas, Krishnarjuna, and so many others. His upcoming movie Jersey trailer is going to release on 19 April 2019. He has been informing his fans about the happening regarding his movie through social media platform. He also had a privilege to Host Bigg Boss Telugu 2, and the public loved him in this role. He was talking to IndiaGlitz about how he has transformed himself during the shooting of Jersey as he was playing a 36 Years Old character Gowram Tinnanuri.

In some time 🙂 #JourneyofJersey #Jersey

He said: “People are saying that I have shed down my weight for this film. I ended up losing my weight after I started doing the film. Since it’s a cricket-based film, weight-reduction happened without my effort. I have played a 36-year-old guy in the movie; I had planned to put on some weight, but the opposite happened.”

Nani has told media that: “The title Jersey is not just about the shirt the cricketers wear. There is a great emotion behind it. The entire team has been busy with post-production, and we have finally become free now. Jersey is the most beautiful, heart-touching and magical film of my career. I have watched Jersey nearly 20 times. And, I think everyone who sees the film will forget Nani, and they will only see the character Arjun. This film has given me the utmost satisfaction as an actor. Everyone is assuming that the film is all about cricket, but there is a surprise waiting out there. This is a highly emotional film.”