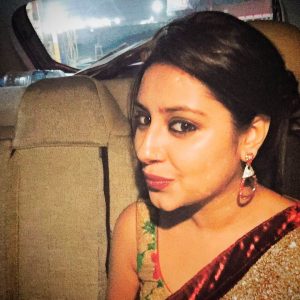 Pratyusha Banerjee was born on 10 August 1991 in Jamshedpur, Jharkhand, India. She had completed her school education from the local school; then she went to St. Xavier’s College, Kolkata. Then she moved to Mumbai. She belongs to Hinduism Religion.

Pratusha Banerjee had 75.8 k Followers on Instagram and Almost 10000 Followers On Twitter. She Had Been A Famous And Renouned Name In Every Indian House

She started her acting career in 2010 by doing a supportive role in Rakt Sambandh. But she got real fame from her famous Lead role of Anandi Shivraj In Superhit Tv Serial Balika Vadhu in 2010-2013. Then after Balika Vadhu, she keeps appearing in different reality shows like Kitchen Champion Season 4, Jhalak Dikhla Jaa 5 etc. She then comes back to the acting arena with her new lead role in Hum Hain Na 2014-2015. Then again she went to make an appearance in different tv shows.

She had won awards fro her famous role of Anandi Shivraj In Balika Vadhu. She had won Global Petal Awards In Many Categories.

On 1 April 2016 Pratyusha Banerjee was admitted to hospital due to her condition after an attempt to suicide. Pratyusha Banerjee, who was a famous actress and been working on various projects, just went to commit suicide. Pratyusha Banerjee was found hanging from a ceiling fan at her residence. Her close friends said that she was in depression, about her relationship and was worried about her future in her relationship. Her Friend, Director Vikas Gupta Addressed Media about her relationship with her Boyfriend Rahul Raj Singh and said “She was doing very well professionally. She had no shortage of work she had earned a lot of money and her money was taken care of by Rahul. She was not in depression at all. The only problem was she was in a disturbed relationship,”.

Pratyusha Close Friend Leena Was Come On Front and Told media About Her Phone Call With Pratyusha A Day Before Her Suicide. She Said.”Prior to the day she committed suicide, she called me at 3 a.m., and she was crying very badly. She said, ‘I can’t live my life like this, and I want to come out of it’. She said she wants to fight back and wanted to come out of it. She just wanted to get married to Rahul and have a child, this was her plan,” 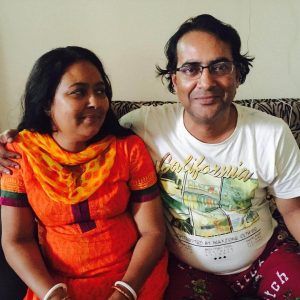 Pratyusha Banerjee father name is Shankar Banerjee, and her Mother Name is Soma Banerjee. She had no siblings she was the only child of her parents. They were used to live together in Jharkhand before she left for Mumbai.

Pratyusha Banerjee Bigg Boss 7 Stint was ended up on Day 63 when she had evicted from the Bigg Boss House. She was an excellent contestant and had fame behind her, but the Audience has decided to remove her.