Bigg Boss 14 is going to start from 03 October 2020. Salman Khan Is Going To Host The Show Once Again. This Time Due to Covid 19, Rules are going to change and all the housemates are in quarantine before entering the house.

In the Virtual Press conference of Bigg Boss 14 Salman Khan help us to see the Bigg Boss 14 House in Which, Spa, Restaurant, Mall And Theater Is Also Present.

As Bigg Boss 14 Is Approcahing Old Contestants And Winners of Bigg Boss Like Siddharth Shukal, Hina Khan And Gauhar Khan Are Actively Participating In The Promotion campaign of BB14.

Siddharth Shukla who is the winner of Bigg Boss 13 Is Supposing going to take part in this season too in some form. As the promo released of 5 Days to go. S9idharth shukla appeared and told. ” Nahi tha asan mere, Aor na hi hone donga asan aney wale ghar walo k liye”

Hina Khan Who Was not the Winner of the show but she has most certainly won the hearts of people After her appearance in Bigg Boss. She is also featuring in promos and she will also help Bigg Boss in commanding housemates. 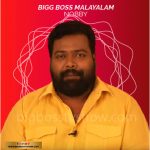