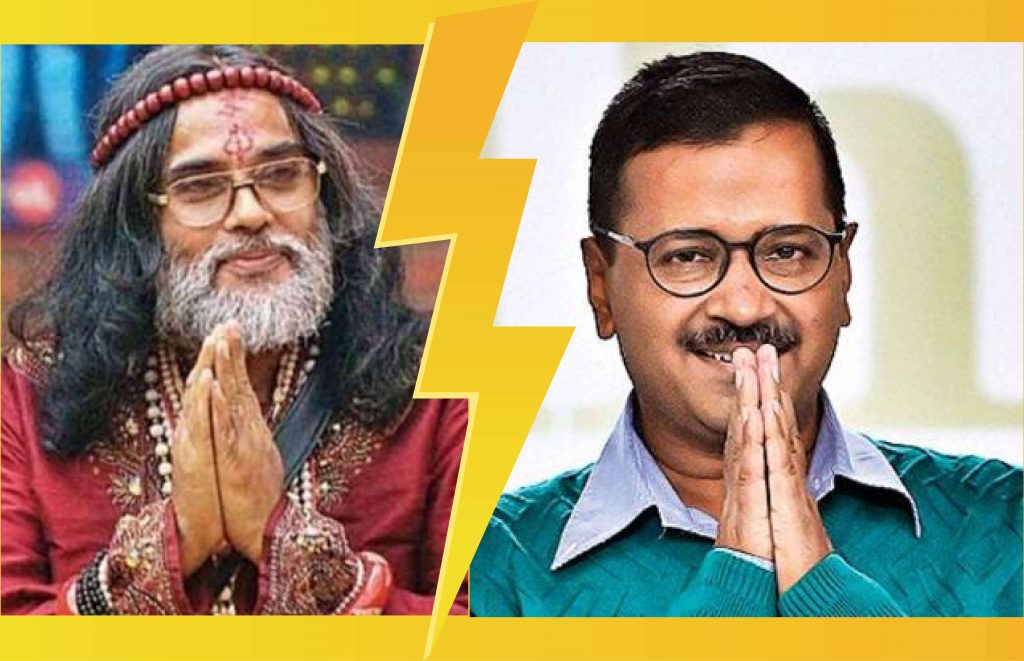 “Bigg Boss 10” Self Proclaimed Godman Swami Om has decided to contest upcoming Lok Sabha elections against Delhi Chief Minister Arvind Kejriwal. He has decided to contest against him due to his “anti-Hindu” sentiments. He has said that the local Hindu bodies have decided and selected him to contest against Delhi chief minister after Delhi CM has posted a picture on social which in which a man with a broom can be seen running behind Hindu Swastika.

Swami Om has been a controversial character since his emergence from Bigg Boss Season 10. Once he has slapped women in a live tv show and has faced a massive amount of backlash after that incident. Lok Sabha elections are going to take place from April 11 to May 19, and many celebrities of India are going to take part in these elections.