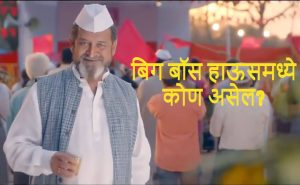 Bigg Boss Marathi 2 official teaser released and it has created a buzz among the fans. Fans are in confusion after watching the teaser of Bigg Boss Marathi As Mahesh Manjrekar a host has seen in a political avatar which might be signaling towards the season 2 theme might get some political touch.  In Teaser […]