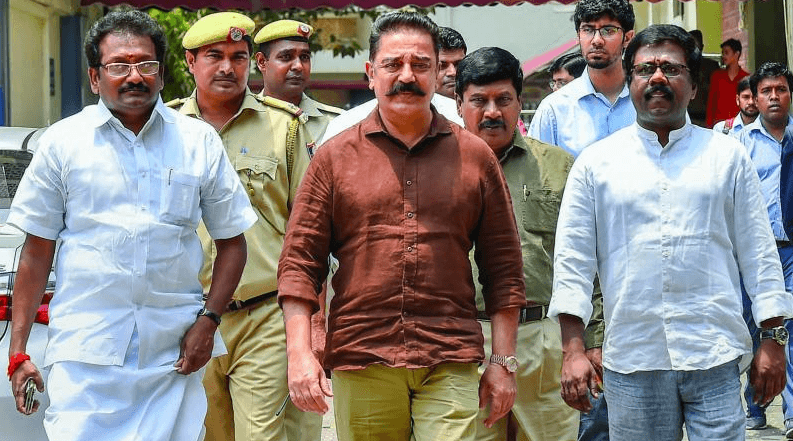 Kamal Khan is not going to fight in 18 Lok Sabha elections. Makkal Needhi Maiam (People’s Justice Party) that has been founded by Kamal Hassan by himself just one year before. He has told the media that he is not going to contest either Lok Sabha elections or state by -election but his party members will. He was launching his party manifesto and during that he has also revealed the first list of candidates there are going to fight elections in upcoming elections.

First list of the People’s Justice Party those are going to contest on 40 Lok Sabha Constituencies and 18 Assembly Seats has announced by Kamal Hassan. He has also affirmed that there will be huge surprises in the second list of candidates that will be released.

Kamal Hassan said about not being contested elected “This palanquin is not for me to ride in, but for my party to ride in. My destination and endeavor is towards Tamil Nadu. That doesn’t mean that I’m not interested in this. I’m very interested in it. I want our party’s foundation to be very strong and all-encompassing. That’s why we want to be present in the parliament to voice Tamil sentiments, emotions and expectations. This voice will echo nearly after 50 years. We’ve not had a proper, resounding representation.”