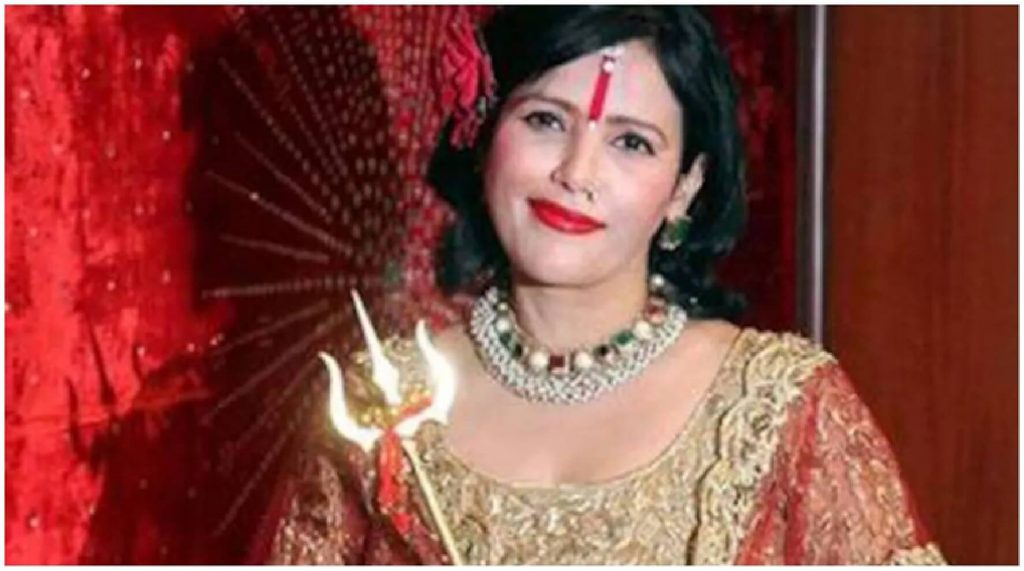 By the time as premier draws time closer. The waiting and excitements of the audience increase day by day. This show tries its best to make maximum viewers excite about this show. Recently by Colors channel, they shared a video on their social media to give hint to their fans that Radha Maa is going to enter the house on Saturday. We can see she is going around the house. She is saying that this season may become successful.

As per indianexpress.com, there are chances that she may join the show to bless the house and housemates. Let’s see what is going on this Saturday. So, excitements and rumors will surely clear on this day.

If we talk about Radha Maa, she is a self-styled god woman with spiritual leadership. There are many speculations that she is going to bless this show even before this video release on social media. As we see the history of Bigg Boss there are two contestants Swami Om and Shivani Durga are spiritual leaders. Although, we cannot say whether Radha Maa is going to participate in this show as a contestant but still, there is no confirmation about anything.

Now, once again, Big Boss is going to start this year with more fun and challenges. Some of the fans of this show leak some inside pictures of the house. How it refurnished and made it more colorful and comfortable. This is about Radha Maa, but the host of this show Salman Khan already glimpses about Jaan Kumar Sanu is going to be the first contestant in the upcoming show.  Furthermore, Rubina Dilaik, Abhinav Shukla, Jasmin Bhasin, Nikki Tamboli, Rahul Vaidya, Shehzad Deol, Eijaz Khan, Sara Gurpal, Nishant Singh Malkani, and Pavitra Punia are shown some hints openly or slightly that they are also going to be part of this show.

In a virtual press conference by Salman khan, he is open to taking a pay cut. While talking with CEO of Endemol Shine India Abhishek Rege, the actor said, he is happy to receive a small check which clears staff doesn’t need to be worried about their survival. Sidharth Shukla, Hina Khan, and Gauahar Khan are also part of that virtual conference as they are playing a special role in this show. But there is not such information revealed are they going to participate as participants or as a guest. So, this show’s premiere is going to be air on 3rd October 2020 at 9 PM, and at 10:30 it will be from Monday to Friday.

In this season we are expecting many changes as they mention it has a Spa restaurant, Shopping mall, and Movie theatre inside the house. But these faculties they may avail if contestants show good performance in the show as a reward and for relief. Their living environment also improved by adding more colors and with the decoration of artwork. As per Salman Khan, this show is going to be fitted replay in 2020. This year globally lock down facing by everyone because of Corona-virus.