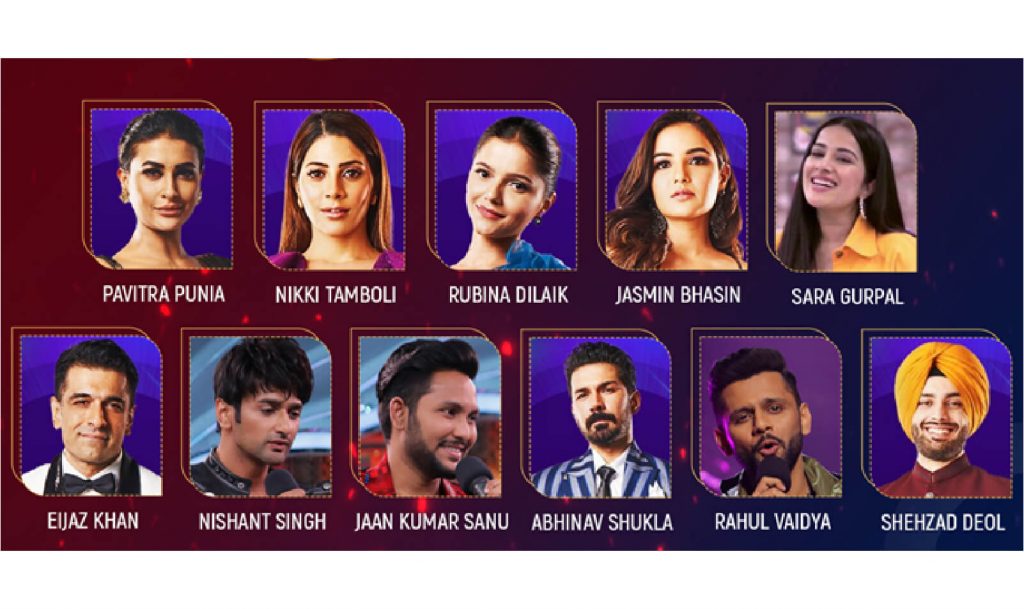 So, in this episode is starting from the remaining part of the task fresher girls perform very well in the first part now it’s time for the 2nd and 3rd part of this task.2nd task is about Sid Beach. In this part, they have to dance and get His attention towards herself. They try their best to make Sidharth make them love. I must say It was a super-hot performance. Girls drop water on them and also on Sidharth to make task performance more entertaining.

One by one they dance on Sid Beach. All the freshers dance with Sidharth and Robena is eliminated as she performs not very well. She focuses not only on Sidharth but also on other things, she concentrates on other requirements that are not necessary, not on Bike or any other thing. Four girls are performing in this task at a time but Robena performs well not like every other girl and she was a dropout in this part.

So, there is the 3rd part of the task. In this task, three fresher girls were qualifying for this part of the task Jasmin, Nikki, and Pavitra. later on, in this task bartender “Sidharth” filled all the glasses of girls and the task is whosoever girl has the more drink in her glass is considered to be the winner of this task and she is considered to be illuminated from elimination. So the task was started and they start walking while holding glasses.

Shehzad drops a glass of drinks of Nikki’s and she drops all her glasses. Later on, she starts dropping all other girl’s glasses as well. All the girls drop each other’s glasses to reduce competition. Moreover, at the end of the task, Jasmin tries to save her drinks from them even she holding her tray to save her drinks but all other contestants convince her it’s all vain useless. So, Jasmine also drops her tray.

Every contestant having a conversation about who did wrong. Sidharth having arguments with Shahzad that he had no right to do so. As only because of Shahzad this task has vanished. Sidharth memorized Shahzad’s saying that he said he could never do wrong with girls so what about Nikki. Is she not a girl why he did this to her? He said he just wants to destroy her task and he did it simply.

He said except for her he didn’t miss deed with any other girl. When 3rd part of the task finished every one argument who was done wrong. As every girl has to keep moving on and on until the task finished bell is rung. It is not an easy task to hold a glass of tray for a long time. it is understood while walking glasses drop drink outside because of ups and downs.

So, he said Nikki is the winner of the task as he tries his best to make this task crystal clear, although he is not successful in his efforts. As this task is only for girls, they have to win on their own they may hit each other glass but not any boy should interrupt them. For Nikki’s hardship, she is the winner and Bigg Boss also announced as per Sidharth’s decision she is the next person who steps up in TBC. Later on, there is their general chit chat and discussion going on.