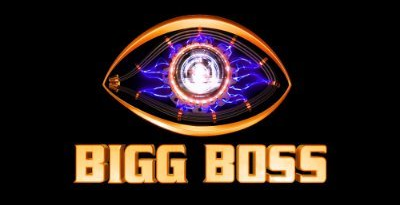 Bigg Boss Grand premier starts at 9 PM sharp by the host of show Salman khan. There is no audience at the show but virtually everyone joins this show. Later on, he introduces 3 previous Bigg Boss Contestants Hina Khan, Gohar Khan, Sidharth Shukla, and give them the title Toofani Seniors and every one of these has one superpower. As Gohar loves to do the cooking and she is holding Kitchen everyone’s food what they eat how much, when, and why it’s all decided by her. Hina khan even not won the show but she wins the heart of everyone. And last but not least Sidharth Shukla is holding charge of the Bedroom as he is one of the biggest lazy people as per Hina khan. then later on there is a session of just like a court where every three of them in court Box and they give answers question about each other. So, every contestant has to face 14 days stick torcher by three of them if they try to fight with them so the housemate will be out of the house even before entering the house. Even there is BBQ Bigg Boss Question. And also, there is an Astrologist who forecasts about Salman Khan and the Candidates future.

Then Ejaz Khan is the first contestant he is just like done s per one-character Sir who give and decide everything in the show. And the second one is Niki Tamori who is a South Indian actress. She expresses herself as a hot, sexy, attractive, and heart-breaking girl especially boys’ hearts, and she also saying girls jealous of her. Later on, there is a small game between both of them and by three Toofani seniors, they select both of them. Hence when both of these enter the show senior Toofanigives them tasks. In this show, every contestant has to come in a list of confirming from TBC which is to be confirmed after approval of Toofani Seniors. Now, every participant has to face full torcher by them for 14 days to confirm and they will able to stay in this show.

Then the couple which is happily married enter, so they are Rubina Dilaik and Abhinav Shukla in this world there are many couples and many of them are happy but very few who are married and happily so they are one of them. They told them their previous experience of how they meet. What their reviews and how they feel about each other. Then they also perform task BBQ it is Bigg Boss Question. So, for them, they have to answers a few questions by some seniors as news anchor executives and more. Where they answer these are personal questions about their living in quarantine their likes and dislikes with each other. As she complains about him, he did all work except what she told her to do but he didn’t do that thing. And he told Robena tries her best to do multi-tasking but she can’t able to do as she wants to eat but she is busy on a call. Their task is to kiss each other till two minutes each other and the amazing thing is he exactly kiss her two minutes just 15 seconds before he stops kissing her and won a Gift hamper, and in the end, Robena and the final decision whether they are going to enter in the house or not show ended let’s see in next episode are they get permission are they qualify or not. so next 14 days they have to bear torcher and we are going to enjoy hope for the best.