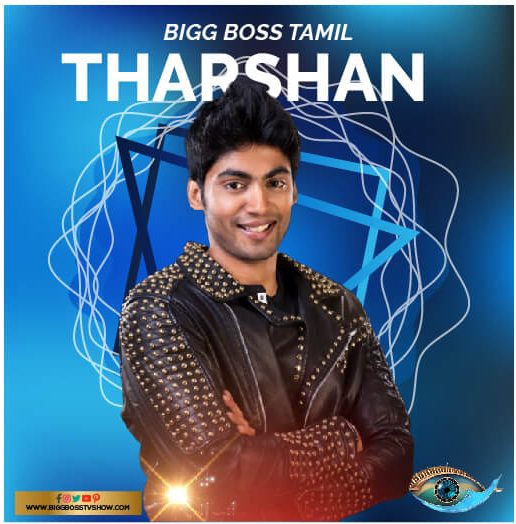 Tharshan Thyagaraja is a Sri Lankan born Indian actor and model. He was born on 17 September 1990 in Jaffna, Sri Lanka. Tharashan has a zodiac sign of Virgo, and he belongs to a Hindu family with Karaiyar caste. Tharashan mother name is Shyamala Thyagaraja, and his sister name is Thushara Thyagaraja. Tharshan went to a local school in Jaffna for school education and for college education he went to Asia Pacific Institute of information technology (APIIT), Colombo, Sri Lanka from where he had done b.tech in software engineering. tharshan has also done a job for five years in an IT company in the USA. But he left that company when he got transferred to Australia to pursue his dream career of modeling and acting. Tharshan Has Also Took Part In Bigg Boss Tamil 3 In 2019.

Tharshan had done many auditions firstly when he came back to Sri Lanka after leaving a job. He had also participated in mister Sri Lanka international competition in 2016, and he has won that competition. From then, he has started getting offers from different modeling companies and agencies. Tharshan has also featured in songs and commercials. He then started his journey toward his passion for acting. For that, he went to the south Indian film industry. Tharshan started his career in India from appearing in commercials, and then in 2018; he got the role of a villain in the movie called “Verenna Vendum.” Tharshan has a huge fan following on social media, and youth mainly follows and likes him a lot.

Tharshan is so much popular in youth, and because of this, he got a massive response from the audience when Kamal Haasan the host of Bigg boss Tamil 3 called him upon the stage. The hall was roared with applause and tharshan then introduce himself and then went inside the Bigg boss Tamil house.